“Oregon’s Homeless Bill of Rights will state clearly that all people, regardless of housing status, are entitled to their rights to: the use of public space, equal treatment by police and government, privacy of property, vote,not be discriminated against in employment and health care, and more! “

The Oregon Statewide Homeless Bill of Rights Campaign is one part of 3 statewide campaigns in California, Colorado and Oregon. The Homeless Bill of Rights is a grassroots organizing campaign fighting to end the criminalization of poor and homeless people’s existence. The campaign strives to ensure that all people have the basic right to live where they choose without fear of harassment and criminalization at the hands of the police. This campaign is a way of working collectively with groups possessing different talents to address the many injustices that we face in our communities. We are building the power to create a social justice movement that will create a society where we can all thrive.

The Oregon Statewide Homeless Bill of Rights Campaign is hard at work to build statewide power. We are working hard to move the Right2Rest Act in the state legislature this year after a 1-year hiatus. Organizers have been building capacity to engage in lobbying, responding to amendments and teaching other currently and formerly homeless people about the state legislation process. The campaign has engaged in community forums in cities all over Oregon including Madras and Bend. Organizers are planning for an upcoming forum in Eugene to help build with allied organizations and supporters. Check here for updates on the campaign and ways to get involved.

Sisters of The Road

Get Involved with the Campaign

The best way to get involved with the Oregon Statewide Homeless Bill of Rights Campaign is through one of the 3 core members of WRAP in Oregon. Get in touch with Street Roots, Sisters of the Road or Right 2 Survive to find out about working on the local level to push for change on the state level.

Some other ways to get involved:

If you have questions about the campaign you can write to us or call us:

Art is crucial to the work of WRAP. WRAP doesn’t just see art as the backdrop to our organizing but as an integral part of the organizing itself. We are looking for artists in Oregon who want to help us to make beautiful and provocative work that can move forward our local and statewide work. If you are interested making some art with the Oregon organizers, send an email to oregonHBR@gmail.com

Here are some examples of WRAP artwork: 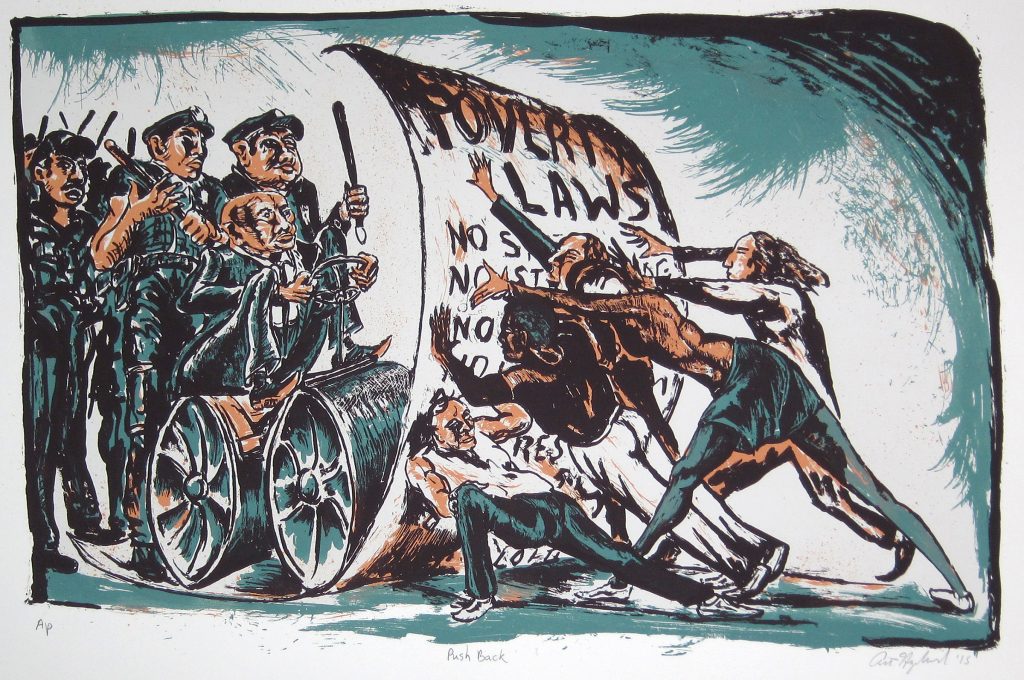 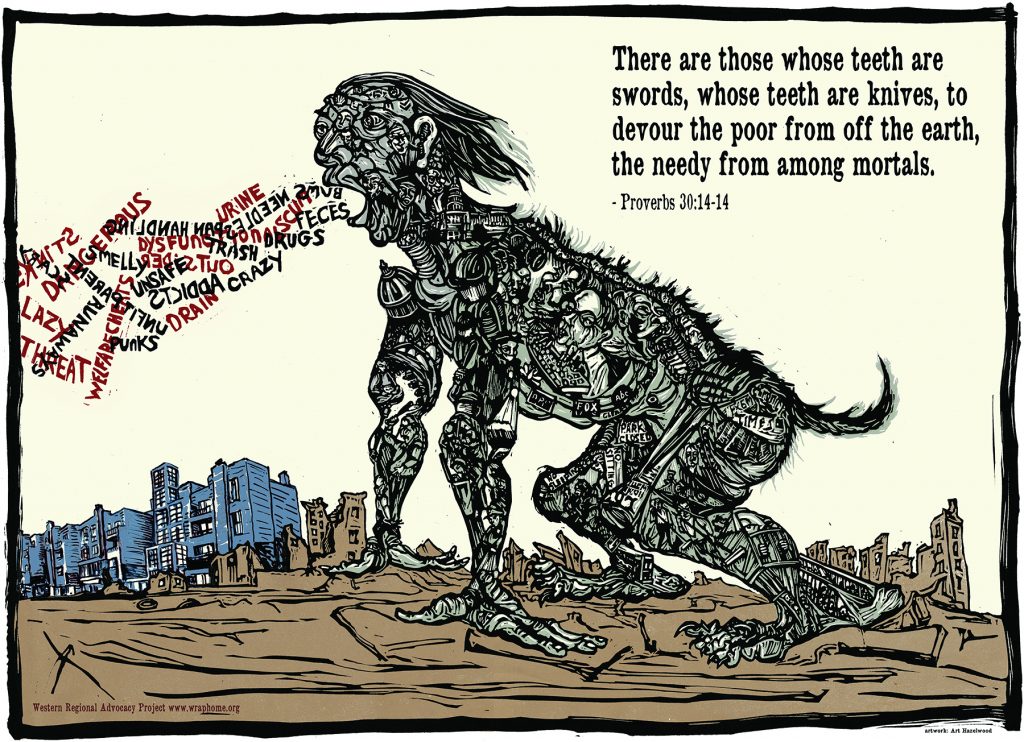 Homeless Bill of Rights/ With out housing Power Point Presentation

In 2015, WRAP organizers in Oregon ran the Right to Rest Act in the state legislature. The purpose of this legislation was to decriminalize sleeping, sitting, lying, resting, eating and existing while poor and/or homeless in public. While the bill did not pass in 2015, organizers are gearing up to re-introduce the bill in 2017. Check back for updates.